If you had invested in infrastructure related stocks or funds in the past decade and did not build wealth, take some consolation that your portfolio is in line with what’s happening in the economy.

Let’s get into some details of the NIP before we conclude whether this can indeed be a panacea for the economic woes.

The highlights of NIP 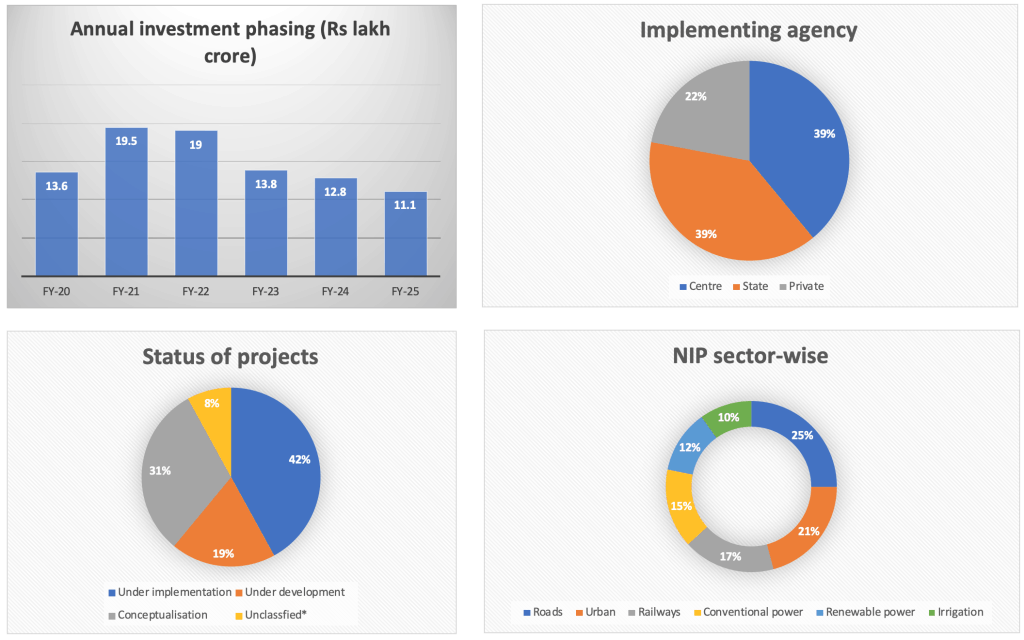 Can this change the infrastructure narrative?

Before we get into the merits of the program, let us get more realistic on the program feasibility.

First, Rs 102 lakh crore is the sum projected. Given the history of spends and the implementation hiccups, a suitable discount of 20-25% can be applied, which would still keep this spend significantly higher than the past 6 years. FY-20 does seem too short for the government to muster the resources to spend, especially in the current deficit scenario. Hence, any spend will likely spill over to FY21-22. Therefore, peak spending may transpire midway into the program, unlike the front-ended peaks that the NIP projected.

Second, with poor banking appetite for spending, especially for large segments like infrastructure, any revival in spending by private sector is unlikely to come too soon. Hence the 22% share of private sector may be harder to play out in the next year or two.

Besides, with interest rate somewhat threatening to move up (if inflation shows any further elevation), the challenges can mount. Hence, our overall view of a discounted outlay, restricted largely to Centre and State with a fifth or less of private share (that too by large companies with sound balance sheets) appears more realistic.

While there may be too little this year and not too much accommodation in the coming budget, we think the capex boost is inevitable for a few reasons:

Road, urban infrastructure and railways appear to be the key thrust areas accounting for close to 60% of the total outlay. This is a contrast to the pattern of spends seen between FY08-19, where it was power, roads and telecom. The pace of reforms in order & bidding in this space (roads and urban infra) and the large proportion of projects under implementation in railways is a big positive. About 34% of the total outlay in roads, 60% in railways and 46% in urban infrastructure are already under implementation. That means the ripple effect on other ancillary sectors may happen sooner.

These segments also gain importance as govt. financing is higher in these segments. For instance, urban infra involves 68% spends by state. Railway outlay is borne 87% by the Centre. Road spending is 61% by State and Centre and 94% of outlay for conventional power is on the states. Barring roads, where a discount for outlay may become necessary going by the lackluster private spending, in all other segments, government spend is likely to trigger the capital goods segment.

In segments such as renewable energy and digital, where private outlay is higher, near term triggers are unlikely, given the drying up of investment in the private sector.

In terms of companies in the infrastructure space, the size of projects may mean only those companies with sound balance sheets and working capital efficiency may benefit directly. However, the spillover may be larger in the form of infrastructure input (Steel/cement) as well as capital goods players, be it in the power BTG (boiler, turbine, generator) or T&D (transmission & distribution) as well as other industrials. While we did not extend this discussion to all segments, spending in irrigation and agri-infrastructure too are areas to watch as these segments have seen steady spending in the past.

The opportunity in this space may not transpire soon but the road map has evolved and will gain clarity. If you believe these segments can boost an economic revival, then you might want to ride our eclectic theme on economic revival (for subscribers only). Check them out to know how to take different routes to benefit from the NIP spend. 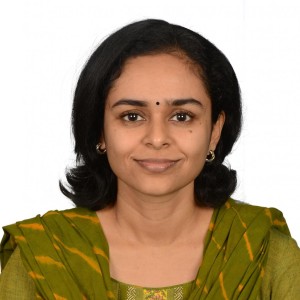